Nate just wrapped up this awesome photomerge simulation for our West Shore day use project. This is what the shoreline trail looks like currently: 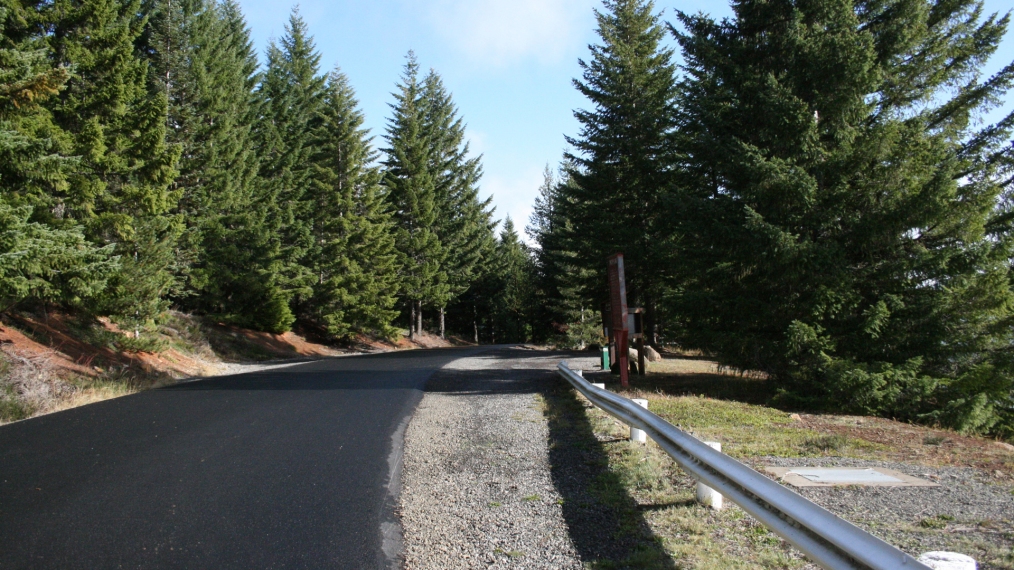 This is what the trail will look like after we give it the Secter treatment:

Notice the big difference? The guard rail has been eliminated, replaced by materials (wood and corten steel) that work in concert with the surroundings. This separates the asphalt road from the compacted gravel, providing a safe border for pedestrians. Boulders line the edge on the right with added vegetation, enhancing the scenic value of the area. The result: looks and feels better.

We’re lucky to have Nate on the team for projects like these to help us evaluate and assess the visual impacts of a proposed development. It’s a huge boost to the area, don’t you think?

Fossil, Oregon is the site of a project we’ve been working on since January. Our work is finally in the construction stage! We planned and designed the first loop of a nascent trail system and once completed, the Bowerman Trail (named after Bill Bowerman) will be Fossil’s very first recreational, pedestrian use route intended for hiking and running. 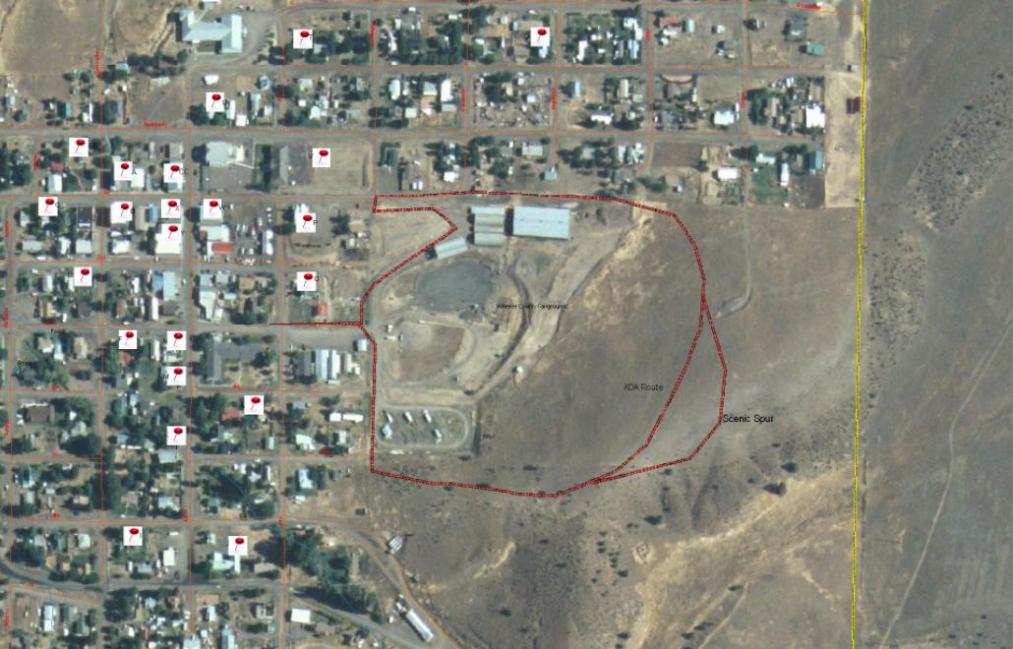 We were enlisted by Oregon State Parks and Recreation to plan this trail, and through extensive review and with in-depth input from the community, we generated a design that would make the trail accessible, user-friendly, and visually and environmentally responsible. The design works with intricate property lines while taking visual impact into consideration. For example, we’ve aligned the trail along the hillsides in such a way to prevent visual impairment, so that the route doesn’t hinder the value of the scene. Strategically located viewpoints will give way to notable scenes along the path, as less attractive viewsheds will be concealed via (potential) vegetation screens.

For the path itself, we’re utilizing locally gathered materials that will fit the context of the landscape and the community that inhabits it. Once completed, the Bowerman Trail will allow residents to partake in a healthy movement towards an active lifestyle and engagement with the outdoors. It will reinforce and integrate Fossil’s Old West roots and reintroduce its residents to the land.

We’re excited to see the construction completed (hopefully) by October!